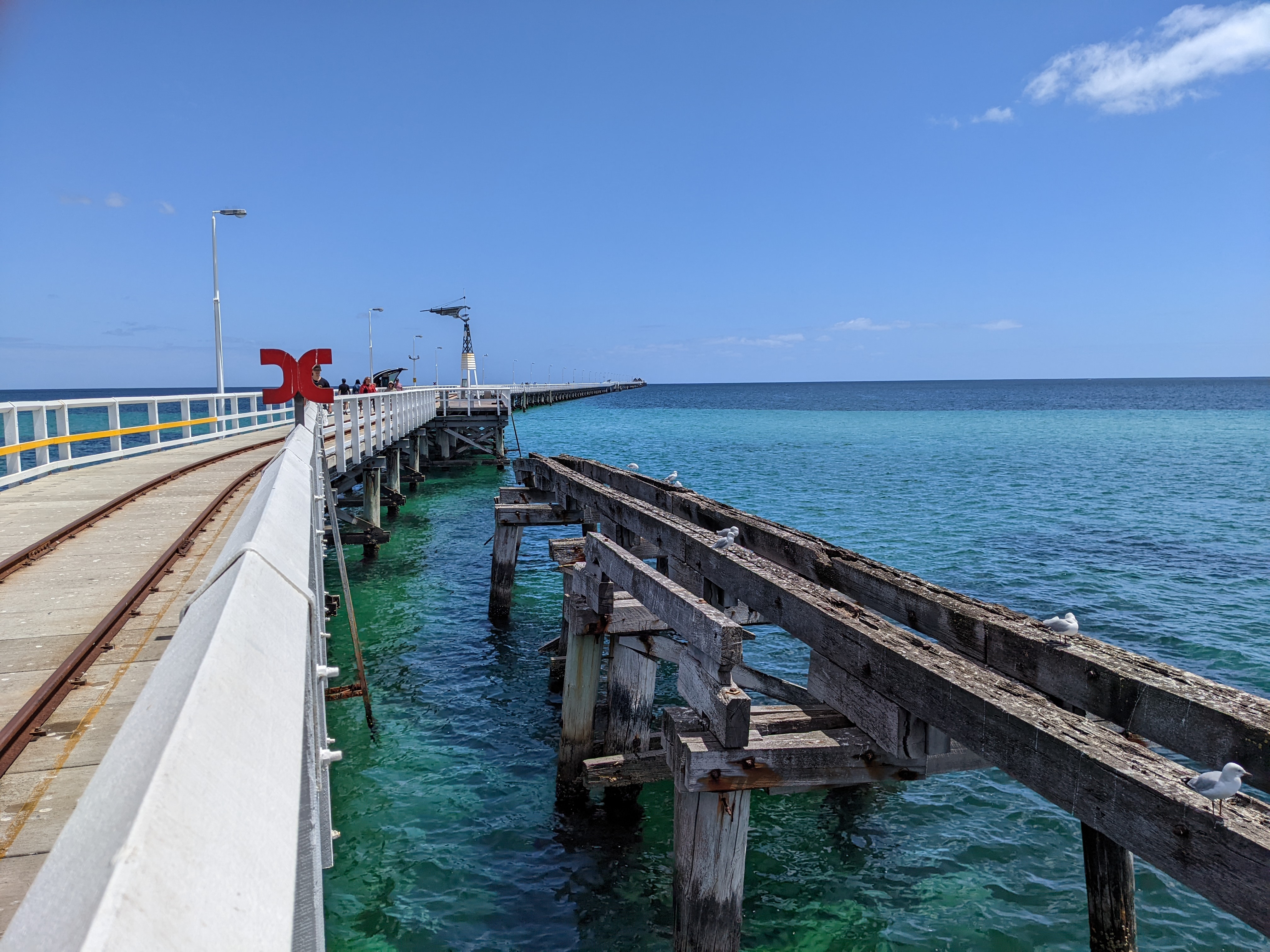 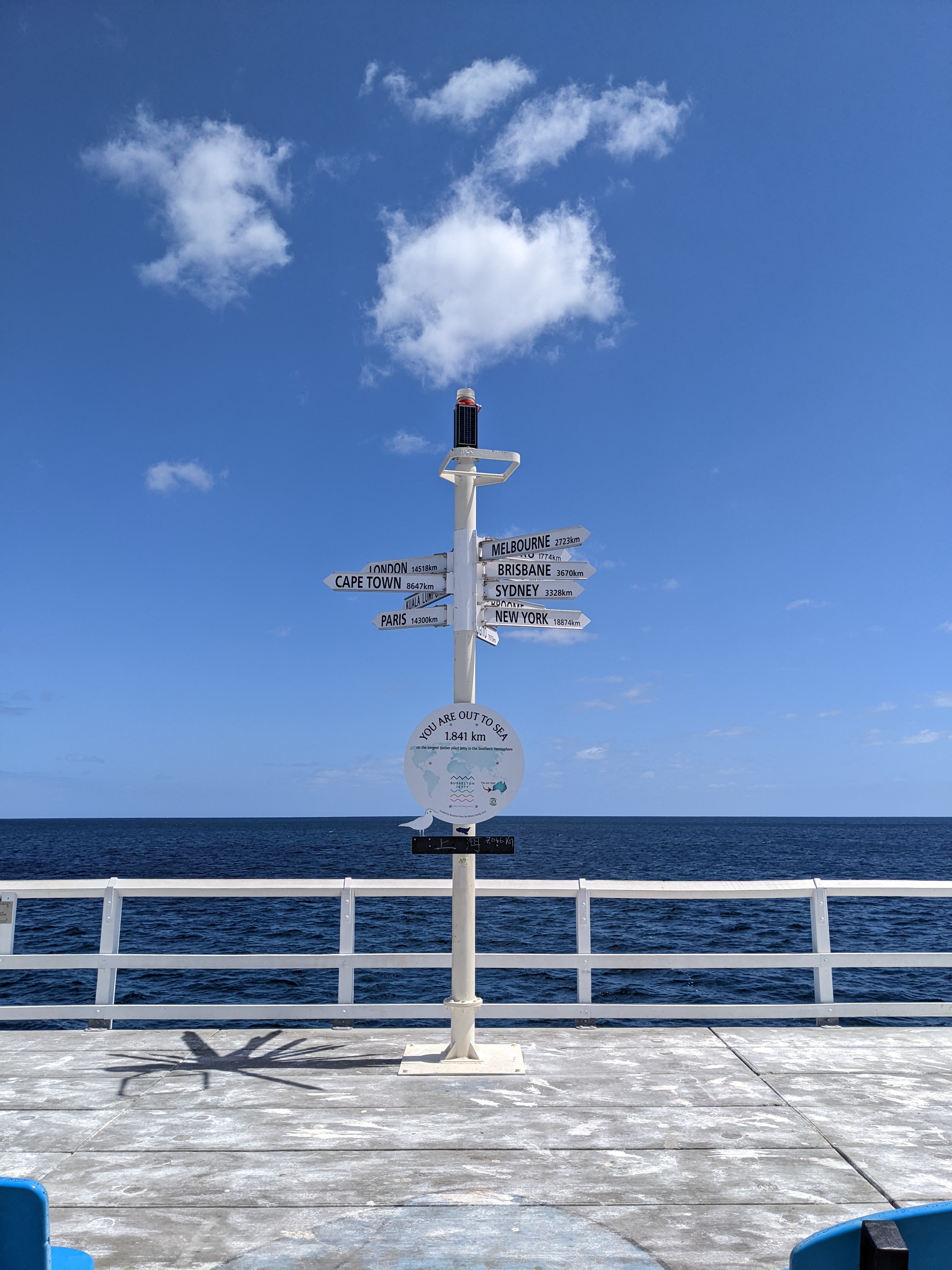 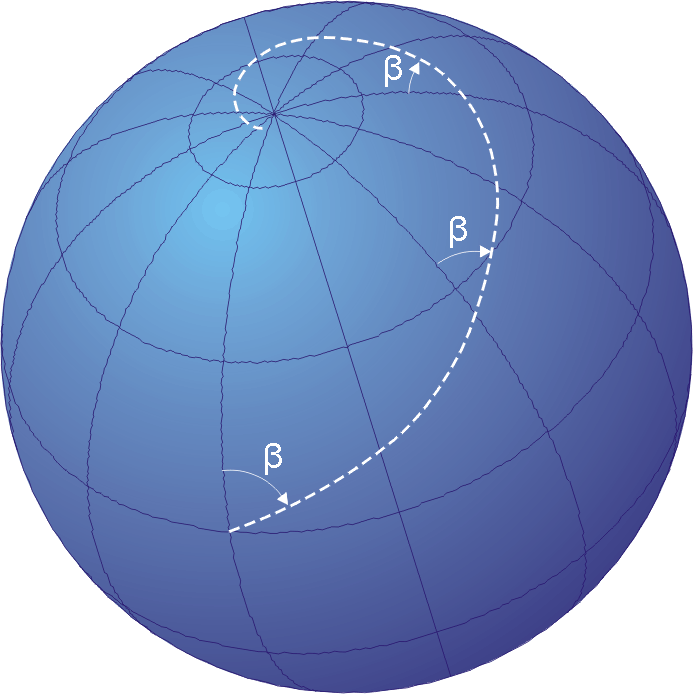 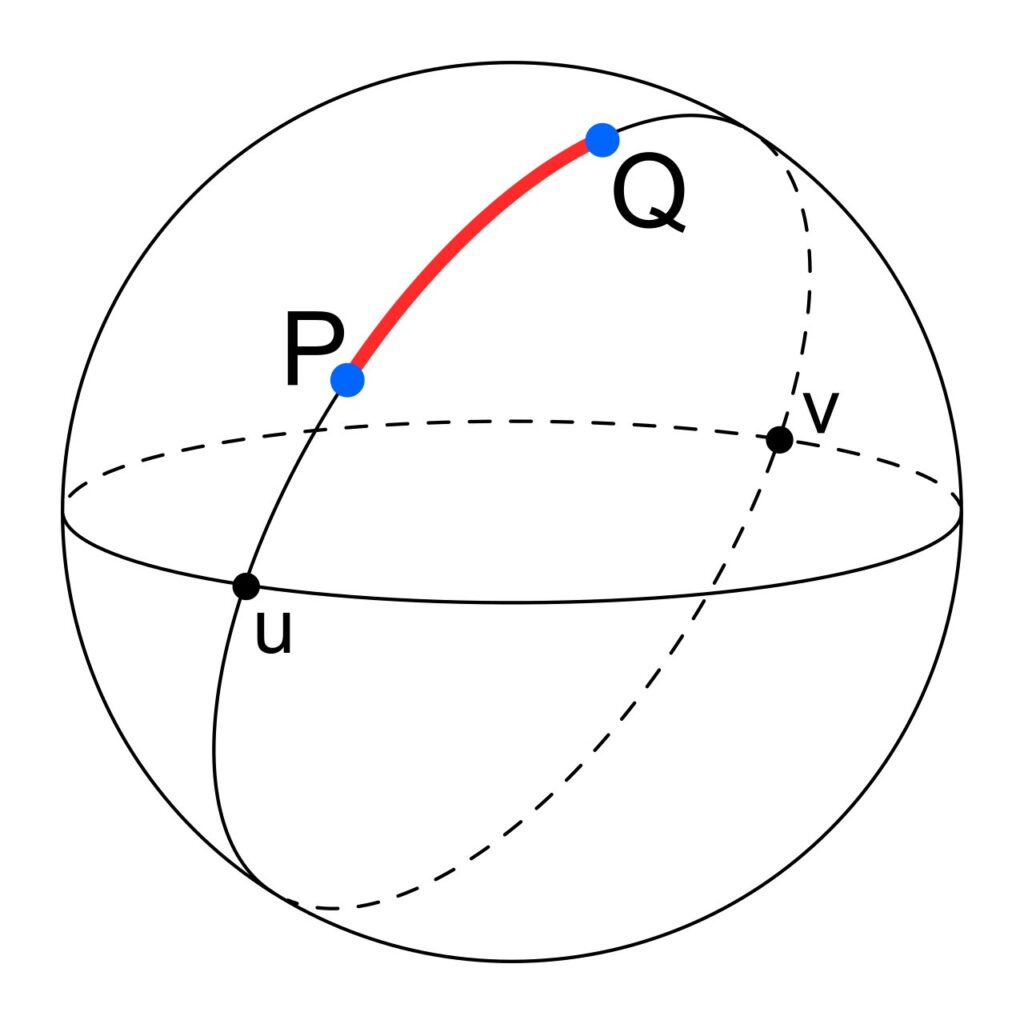 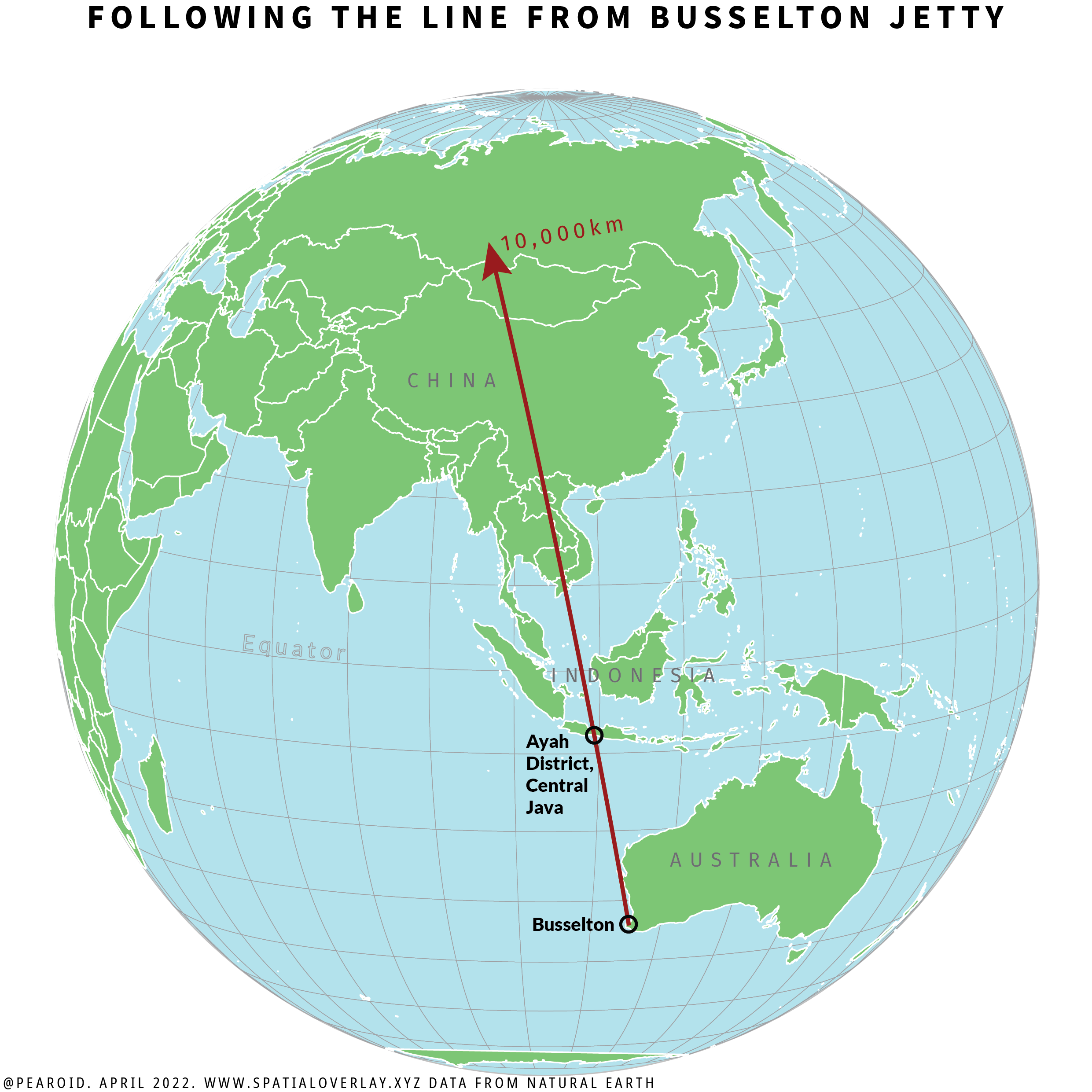 We all know that the majority of Australia’s population lives in the eastern states. There’s a question I’ve been thinking about with a while — if you drew a line from just north of Brisbane to just west of Adelaide, what percentage of Australia’s population (including islands and Tasmania) live below that line? Well, I had a little time on this rainy Sunday so I decided to find out. I wrangled some data out of the ABS’ Table Builder and joined it with the geopackage of the SA2 geography (I chose this as I felt it provided the right spatial granularity without being too fine) and voilà, the answer to the question very few people asked 82.3%. 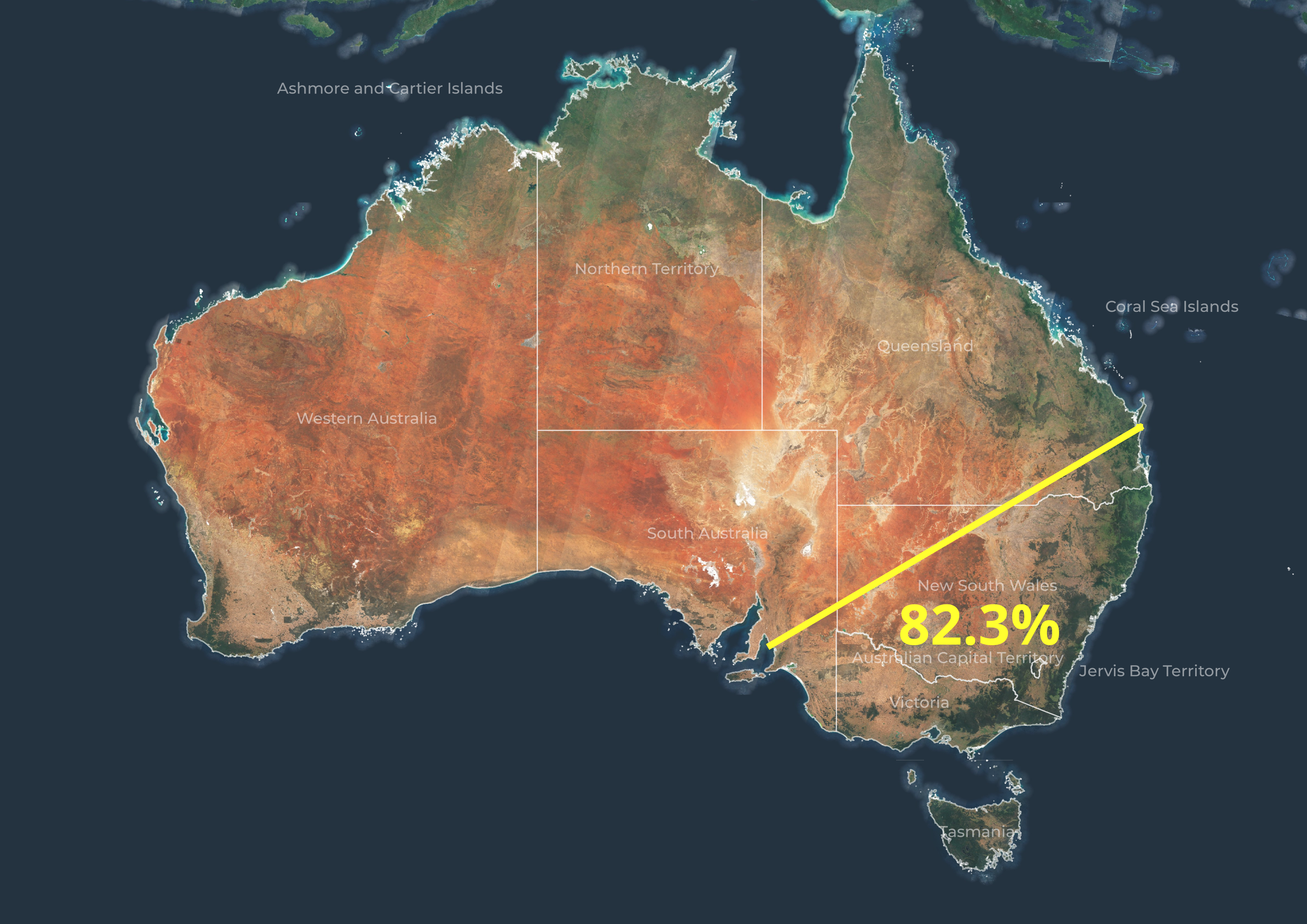 Population Below the Line

Like a lot of people, I spent a great deal of time following the 2019 federal election results. I was (and still am) very impressed with the Australian Electoral Commission’s Tally Room where results are easily available and downloadable. It was while I was browsing their site that I came across the Western Australian federal seat of Durack, what piqued my interest is that the stated area is 1,629,858km², I looked at its wiki page which states that it’s the largest electoral division in the world that practices compulsory voting. The Guardian have a good article about it which contains a graph that compares it in size to different countries in the world.

I decided to spend some of my weekend making a map of it, I downloaded the dataset from the the Australian Electoral Commission’s website and the country admin data and hillshade from the brilliant Natural Earth. Below is the result, free free to use as you’d like.

Australia passed the 25 million people mark shortly after 11pm on the 7th of August 2018. This got me thinking, what would a map of Perth look like showing each nationality? Over 28% of Australians was born abroad, what would this translate to in Perth terms?

I took a quick look online to see if anything already existed, the only thing I could find is the below from Perth’s Wikipedia page.

It’s from 2008 and although a gallant effort, there are a few major problems, most notably the lack of a legend. So I decided to see if I could make something, if not better, than as good as the above.

My first job was to source the data, I knew from previously working with ABS data that their pre-built geopackages or datapacks wouldn’t contain the data I needed (question 12 from census ’16) but the geopackages were useful to download the geometry that I needed.

I needed to use the Tablebuilder in order to collate the data that I needed for the geometry that I was going to use. This was the main learning area for me, I didn’t know enough about which unit of statisitical geography I wanted to use for this exercise. Luckily, the ABS  have a website where you can compare and contract each unit.

The ABS already had the hard working done in that one of their staticial units is ‘Greater Perth‘, I used this as my boundary and then chose the SA2 as the statistical unit. I went back to Tablebuilder and tried in vain to make sense of it; I found it very cumbersome and non-intuititve to use at the start and their introductory videos weren’t of any help. Fortuntately,  I found an amazing video on YouTube that explained Tablebuilder in great detail and once I’d watched that everything made sense, and I’m a Tablebuilder convert now!

I then used Tablebuilder to build the exact statistics that I needed (Country of Birth by SA2). I saved the table in Tablebuilder and downloaded it as a CSV file. In QGIS I then joined this with the SA2 geopackage file for WA and clipped it using the Greater Perth boundary that I had also downloaded. I then exported this layer as a new geopackage. I had previously found the top 8 nationalities by country of birth (using Tablebuilder) and then created new fields for each one where each number represented 200 persons born in that country. I then used the Random Points Inside Polygons tool to create random points for each nationality.

I then used Adobe Color [sic] to pick a decent colour scheme for the various dots. I used Quick OSM in QGIS to download a layer with the towns in Greater Perth to be used for reference, this took about 10 seconds to do, Quick OSM is really useful.

Lastly, I used Google Fonts to download some nice fonts. I also used some styling effects in QGIS before I exported everything to Inkscape in order to add the text. Below is the finished product, the biggest flaw in what I have done is that there are overlapping points but I still think it gives a good overall understading of where people of different nationalities live in Greater Perth.