I have been watching a very interesting video on the FOSS4G NA’s YouTube channel by Steve Bennett a software engineer from a company called Data 61 all about their creation and implementation of an opensource website for all geospatial data in Australia. I wasn’t aware of this website and decided to take a look at it, it’s called http://nationalmap.gov.au/. When the interface loads uses Bing as its default basemap. 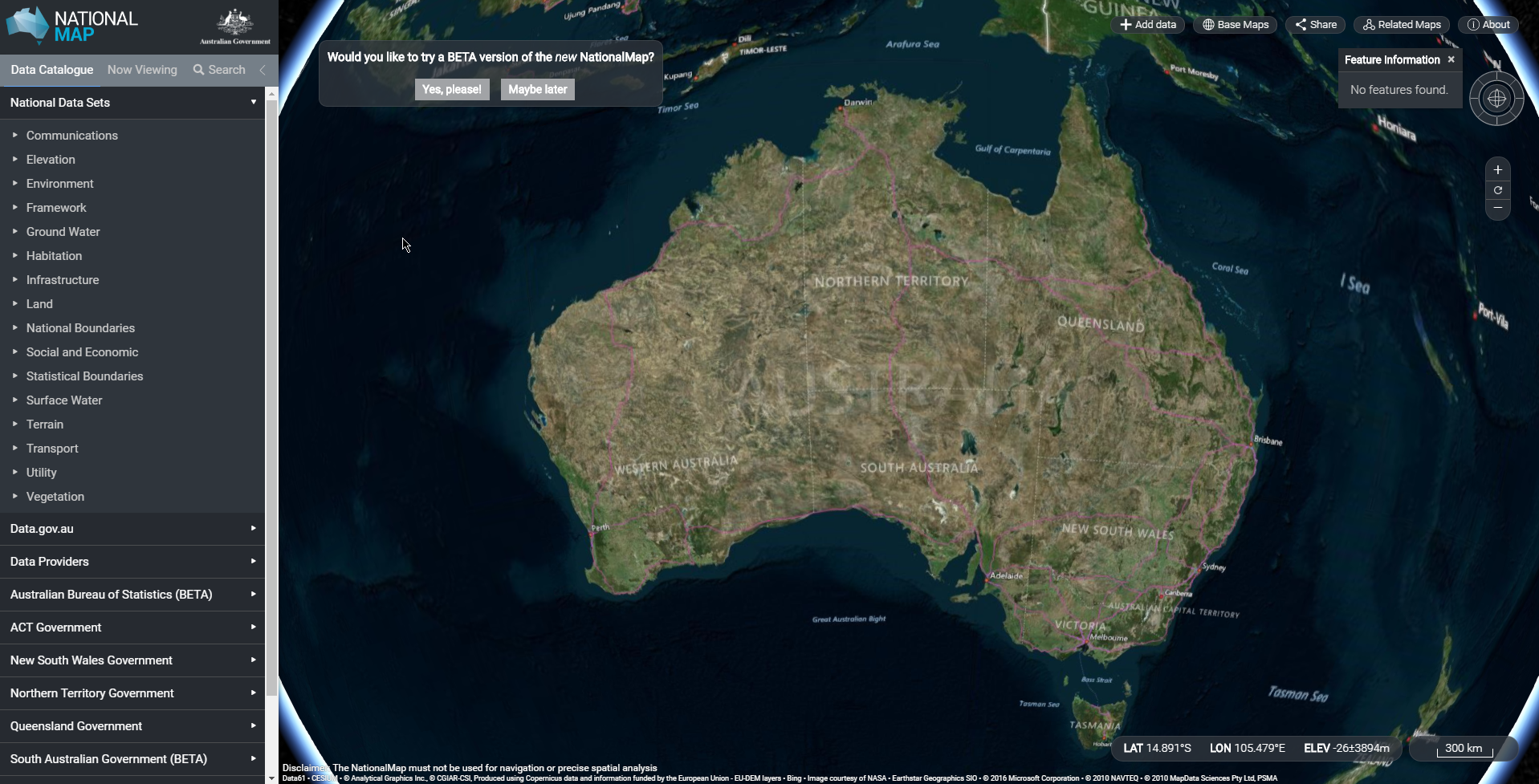 It has a very impressive range of datasets available to view. A very useful feature is that where available you can download the data directly. The National Map does not host any data directly but ‘provides a federated interface to the diverse servers already operated by the various government agencies, running Geoserver, THREDDS Data Server, ArcGIS Server, CKAN, Socrata, and many more’.

To create the National Map they created a new library called ‘TerriaJS’ that makes it straightforward to build 3D web-based geospatial data explorers. The crucial point to make with TerriaJS is that it is entirely opensource and is already being used by a host of different companies both inside and outside Australia. The road that Steve and his colleagues have traversed has been long with a screenshot of his YouTube video shown below to give the timeline. 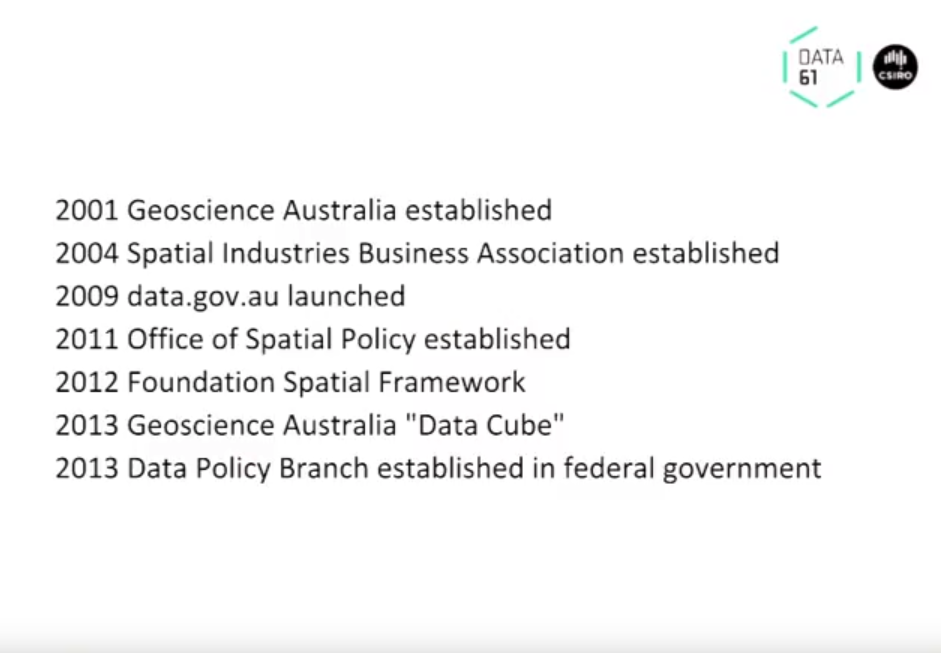 The search function works very well and is very responsive. I searched for and downloaded the Australian post code areas, it worked flawlessly. A screenshot of querying the post code layer is shown below. 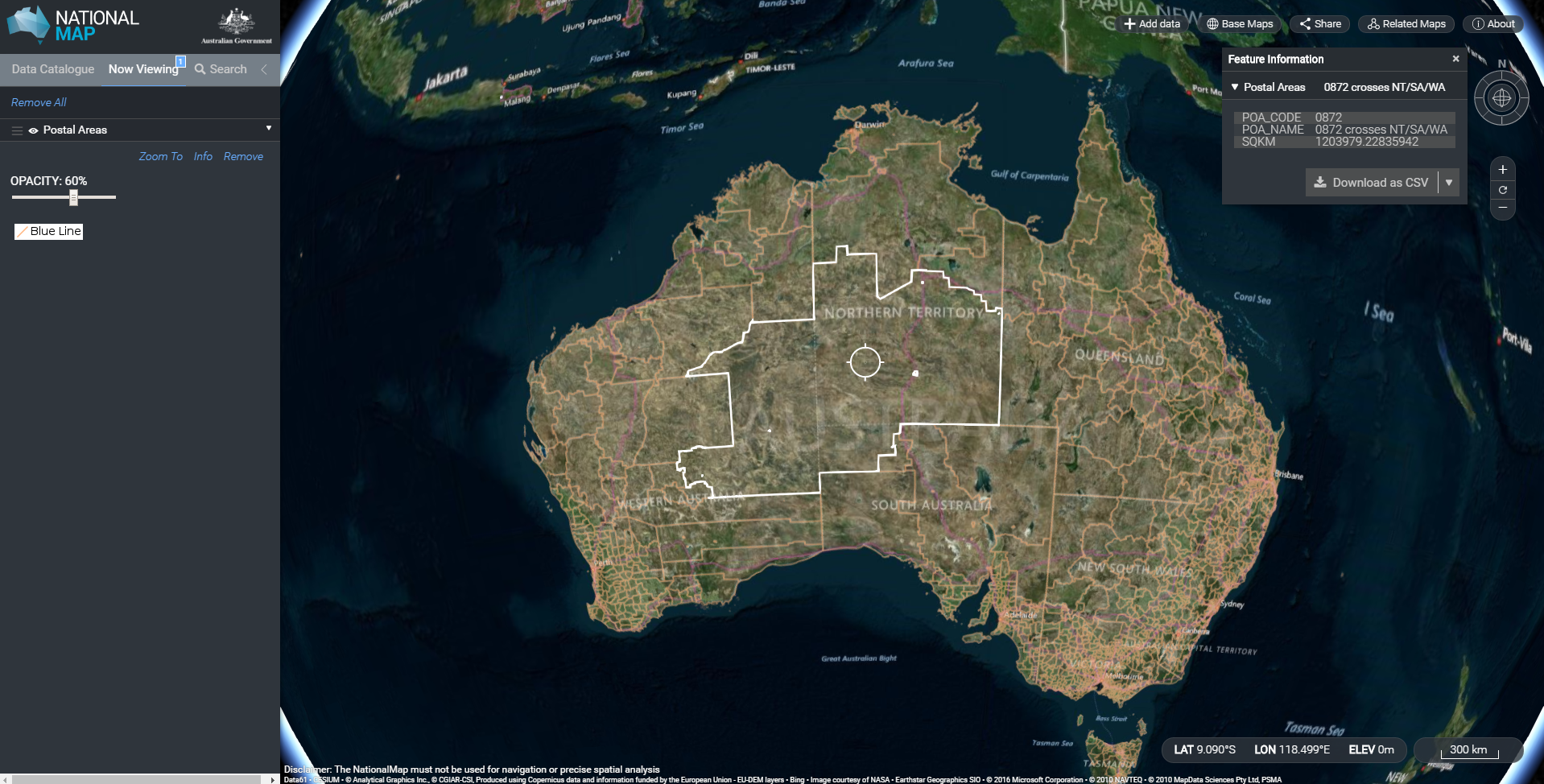 Any query can be downloaded as either a CSV or JSON. One post code caught my attention for the sheer size of it at 1,203,979km². To put that in perspective that one post code is over twice the size of France or over 17 times the size of the Republic of Ireland.

The website has the ability to upload data. I uploaded a JSON file of Irish speed camera zones, it worked flawlessly as shown below. 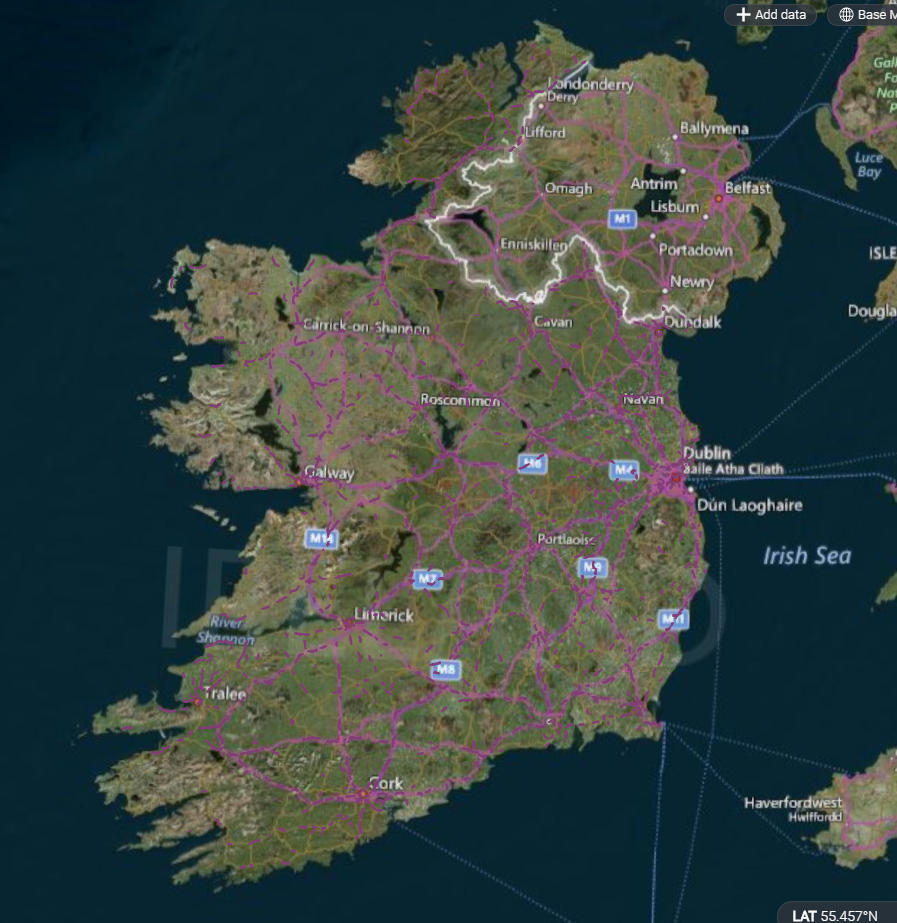