In anticipation of results of the 2016 Irish census I thought that it would be interesting to calculate the mean centre of population from the 2011 census. The data was downloaded from the Central Statistics Office website. The next step was to download the census boundaries from here. Once downloaded they were opened in ArcMap 10.2.2 and the Mean Center (sic) tool was used from the Spatial Statistics toolbox to calculate the mean centre with the total population for each small area used for the weight. Below is the mean population centre for the Republic, it is located in the townland of Capard, Co. Laois. 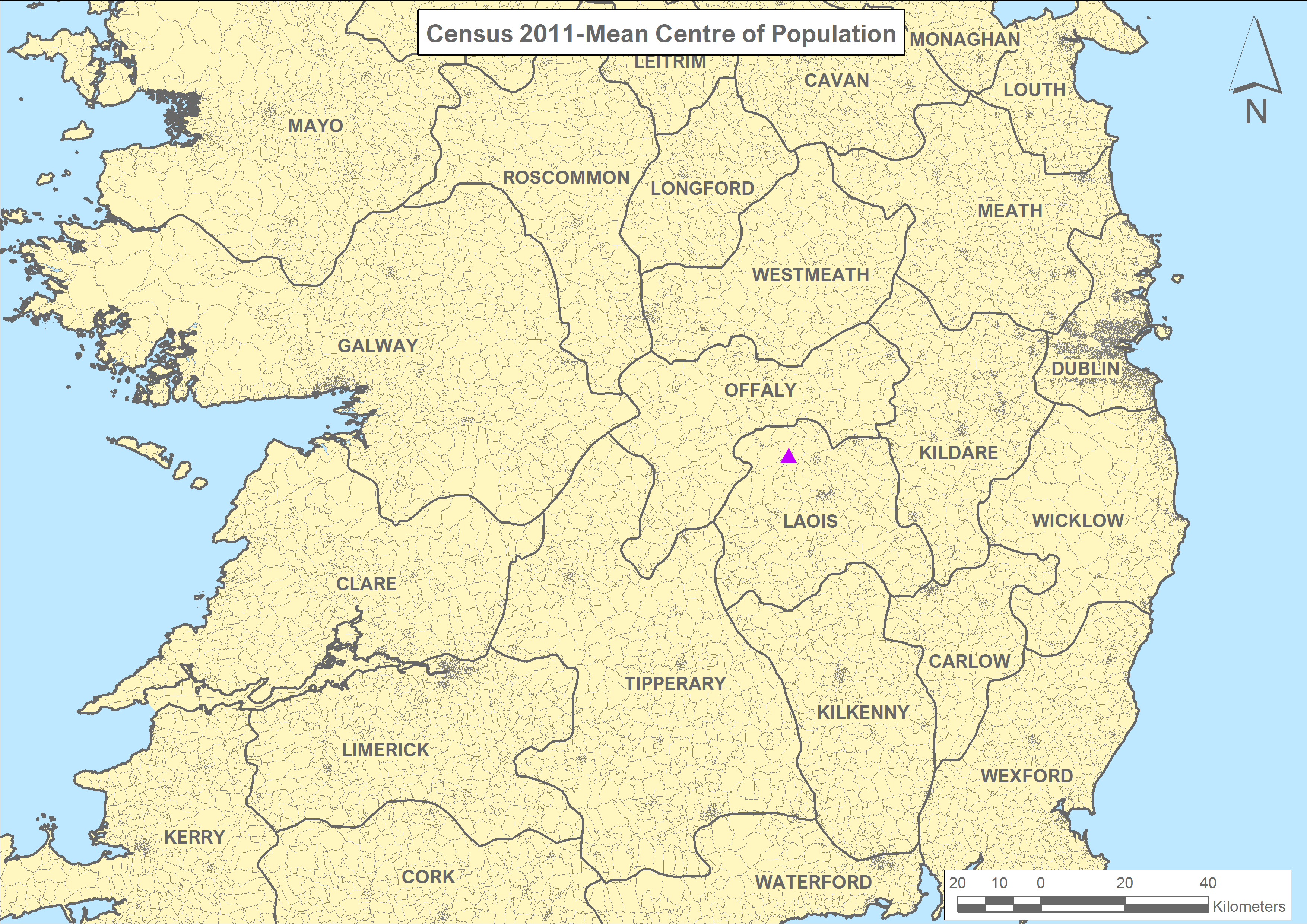