I was talking to someone recently about the Camino de Santiago and whether it plays a role in sustaining the population of the provinces it traverses. It’s a rainy Sunday here so I sat down with a cup of coffee and decided to create a population density map using data from: OSM, WorldPop, Natural Earth and Peter Rukavina’s website ruk.ca.

It proved quite difficult to get GIS data on the route of the Camino through Spain. I first downloaded the Spain.osm.pbf file from Geofabrik and filtered it using Osmium however no matter what combination of tags and names etc. I used, I couldn’t get more than a few thousand disjointed lines that were not fit for purpose. I then found Peter’s website where he had the route as a geojson that I could easily use. I then spent some time in QGIS making the below map. I purposefully didn’t use the minimum and maximum numbers in the legend as I didn’t think it would add much value instead I used low to high.

I also haven’t marked that it’s technically the Camino Francés as it’s the most popular route.

To answer the population question, I buffered the route by 5km and counted the number of people that live within this area. It worked out at 1,316,141 or 2.77% of Spain’s population, I was surprised, I thought the figure would be significantly larger. 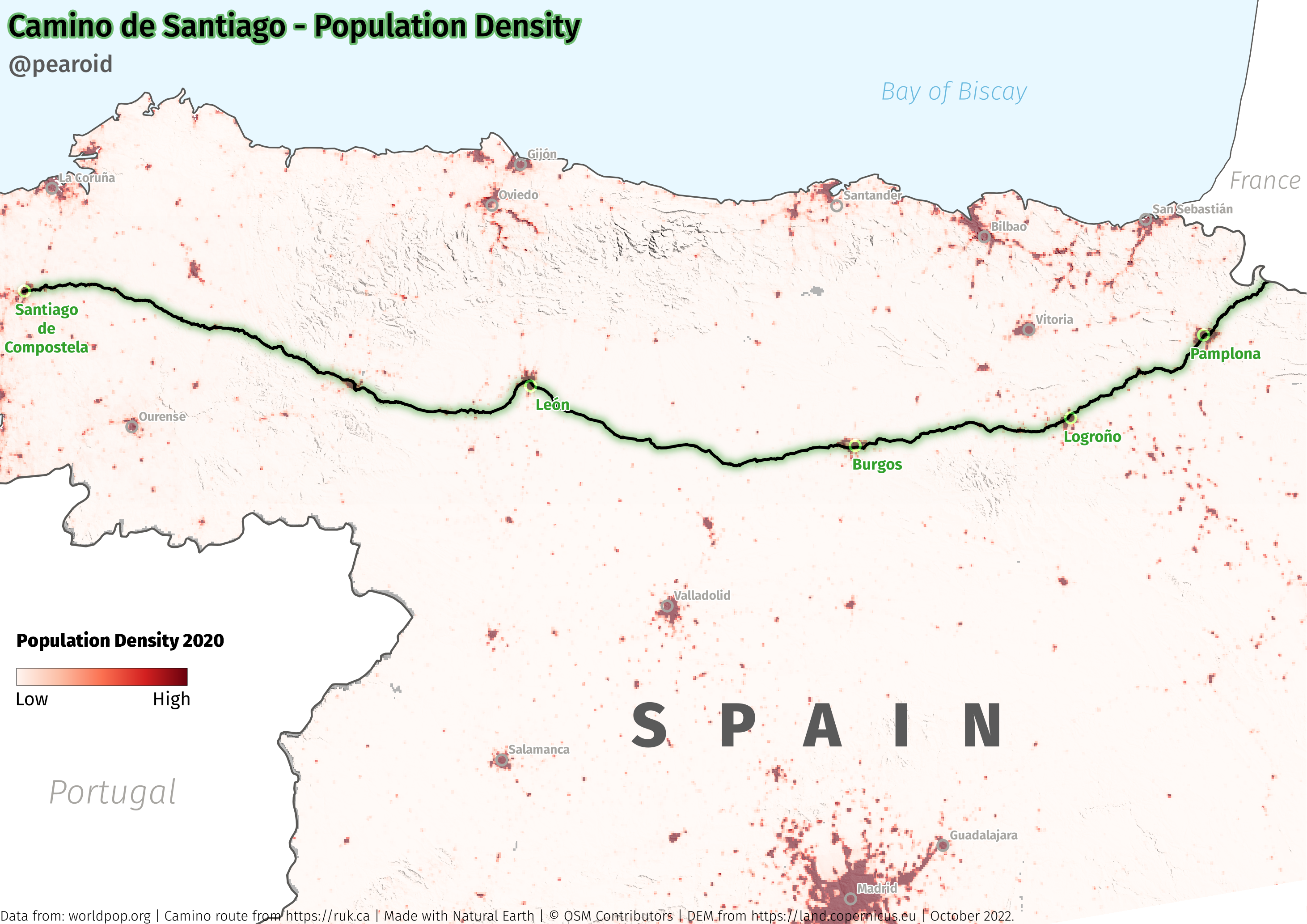